Deneghra is all done and will hopefully arrive in Norway pretty soon. In the end the wings were the most challenging to paint. I wanted them to look like necrotic zombie flesh stretched over a bone and metal framework and I think it came off pretty good, but man it was a lot of surface area. I added a little bit of Tamiya Clear Red paint to make it look like the wings were bleeding a little where they would have been stressed. 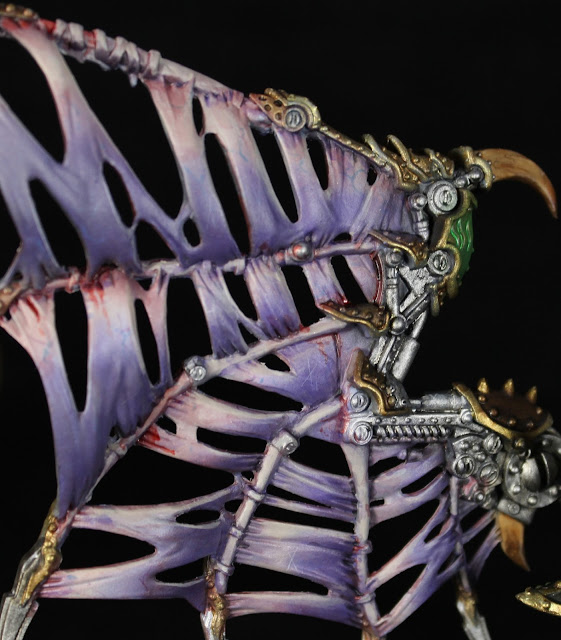 I also painted in some battle damage style scratch marks and if you look close you can see some veins. I would have liked those to be a little more pronounced, but I went a little heavy on the purple layers that are over the veins.

I made a little dungeon entrance for her base and melted some clear green sprue to make it look like a magical effect. To get the water effect I used some Vitrail Opale paint that is for making faux stained glass. I bought it sort of by accident, but it pools up really nicely and dries level and super glossy if not very thick.  I also used it on the base for this guy: http://www.coolminiornot.com/380137 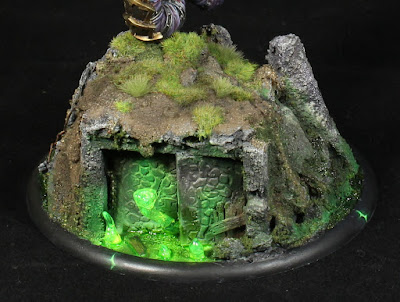 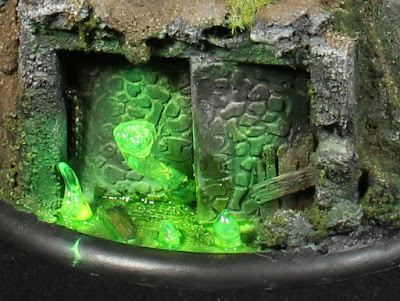 I put a little a bit of melty sprue in her left hand too. I felt like she really needed something there. The hand itself isn't sculpted that well, or at least on mine it wasn't, but it is really in a central spot on the figure. I guess I could have just painted her palm but it's such a big model I wasn't sure many people would notice it. 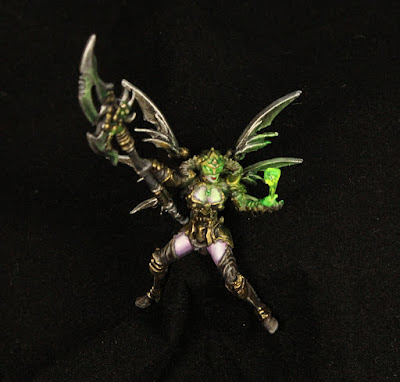 One thing that is key when doing melted sprue or water effects or anything else that relies on a glossy finish is to do it very last. The tiniest kiss of matte or satin varnish will ruin the effect. You can try to go back over a ruined gloss finish with gloss varnish, but in my experience it isn't quite the same.

To "sculpt" the sprue I used a heat gun, It's a surprisingly useful tool to have in the garage next to teh dremel and the airbrush station. It's not quite as good as a hair dryer at drying paint but it works and you can also use for bending plastic, and cooking finishes which can get you some neat results, just remember to use proper ventilation and have a fire safety plan. 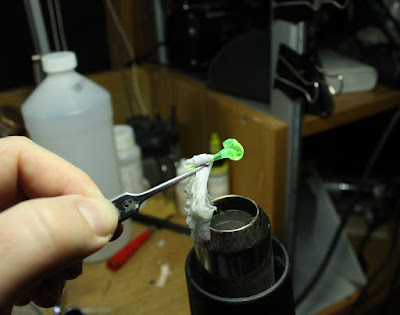 In the picture above I have a piece of wet paper towel wrapped around part of the sprue that I don't want to melt and am cooking the other part. You will see it start to slump and then you can manipulate it while it is warm. It tends to want to form a tight clump, so you need to stretch it out with another set of tweezers or a your fingers if you are feeling daring. Having a cup of cold water on hand is nice to set a shape once you have gotten it where you like it. This is one of those things that looks pretty easy, but is actually pretty hard and involves more than a little luck.

Here is a picture of the final project: 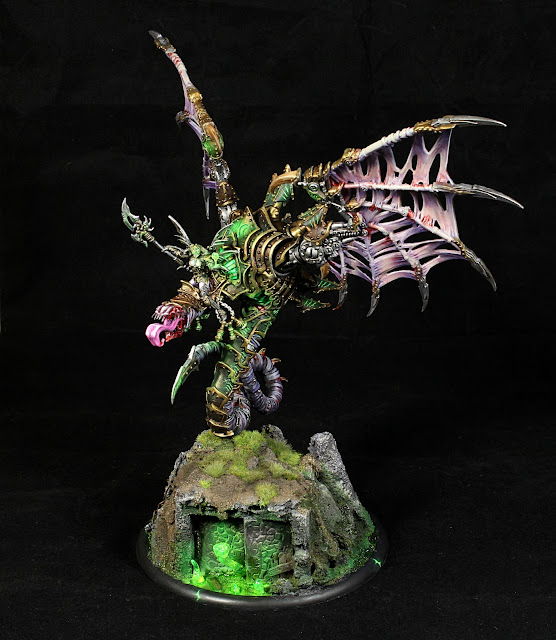 What a beast! I'll post some more photos in a bit.