The second stage of the Deneghra 3 project is cleaning up the mold lines. Not very much fun, but as any necromantic battle mage can tell you, "preparation is everything." 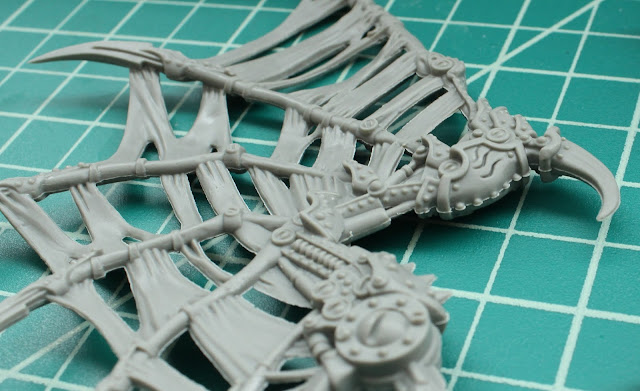 Deneghra's wings have a lot of mold lines. They aren't too bad considering how big the model is, but the problem is the soft material Deneghra is made out of. If you use the back of your x-acto knife to try and scrape them off the tend to just get fuzzy.
You can whittle them off with a nice sharp blade but takes time and they still tend to build up little fuzzy messes in the corners and hard to reach areas. 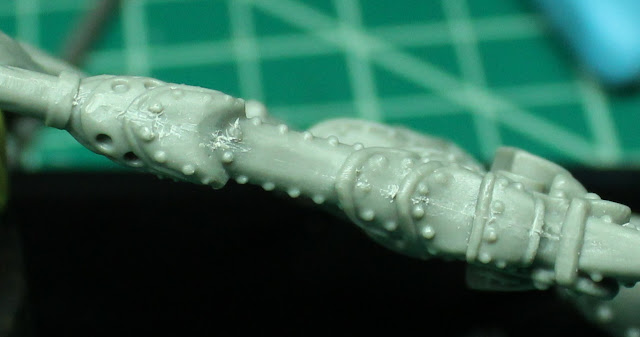 In the picture above you can see what I am talking about. I have gotten the smooth areas clean but the hard to get to spots look worse than they did when I started. So frustrating, and I still had to do the hole rest of the wing. I ultimately ended up green stuffing this part of the wing to make it look good. It's very visible on the model and I want it to look good and smooth. 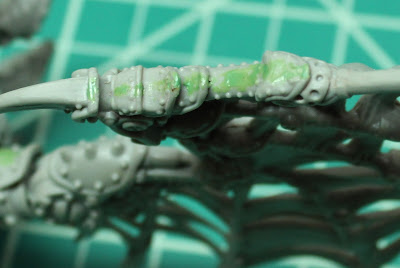 Problem solved. Needs a little sanding but the fuzz is gone, or at least covered up, but there was no way I was going to do this to the hole wing. I tried a few different things, but scraping, whittling and filing all either were taking to long or leaving too much fuzz. One thing I did find is was that wet 800 grit sand paper did a pretty good job removing the fuzz. Armed with that knowledge it was time to get serious.

Experimentally I tried out my Dremel rotary tool on a piece of sprue and it worked pretty good. This is the bit I used: 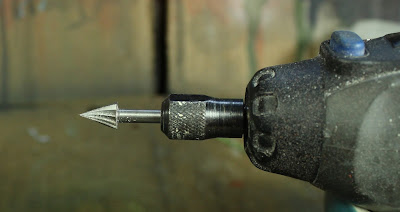 The Dremel left a lot of fuzz but on it's lowest speed it knocked down the mold lines very fast and the conical shape of the bit was able to fit into the corners of the holes in the wing quite nicely. If you try this out go slow and use a steady hand. It's easy to take off too much material or even melt the plastic.

After the mold lines were mostly removed it was a pretty easy job to sand and whittle away the fuzz. The sand paper worked especially good when it was wet. I either folded it on it self or wrapped around a toothpick. It took a while but I am pretty happy with how it turned out. It's going make painting the wings way more fun. 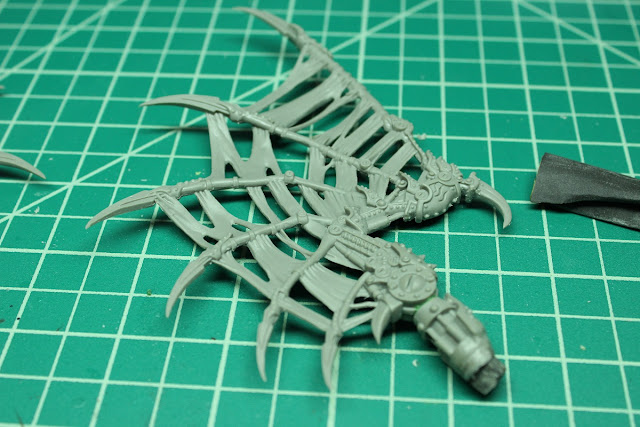 So much better, of course I still see some spots that could use a little a touch-up. Back to work then.